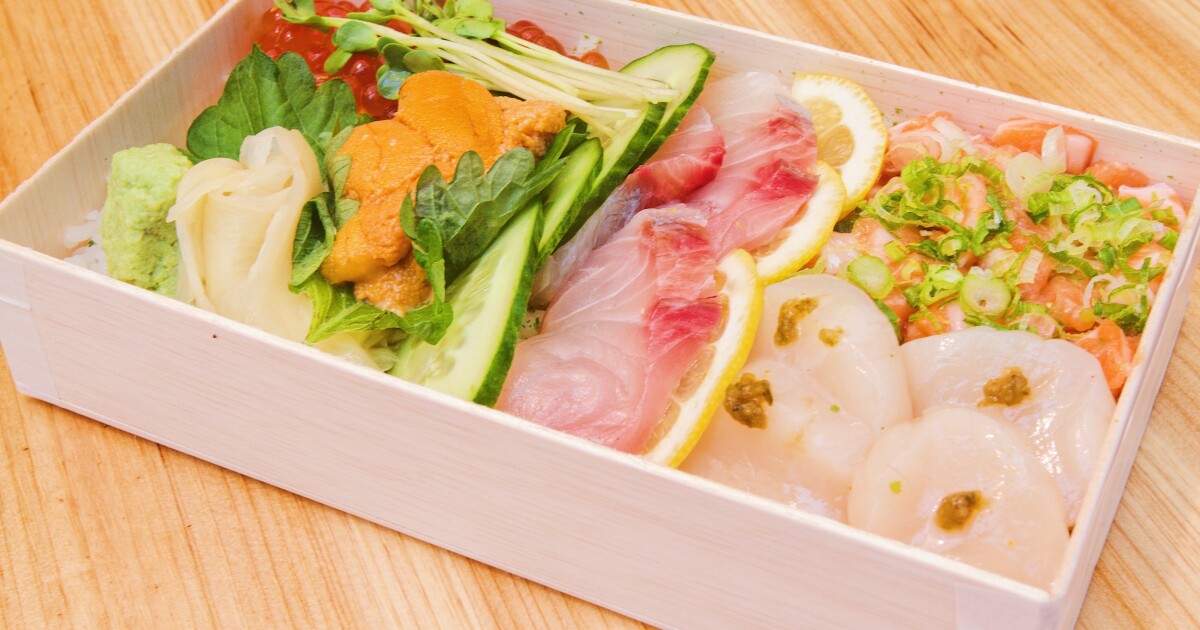 A collaborative new Fairfax restaurant is serving donburi and Japanese American fare from two veteran L.A. chefs. Yojimbo opened in late July with takeout service from a walkup window. On Sept. 7 the team will fully open with indoor dining and, soon after, will offer an izakaya menu on Friday and Saturday nights. (Japanese breakfast on weekends will come later.) Co-chefs Keisuke Akabori (previously of Spago and Saison) and Chris Ono (formerly of Providence, Eleven Madison Park and Mori Sushi) are serving rice bowls with toppings such as sashimi, grilled free-range chicken and braised beef, plus small plates such as wings, miso-butter corn, and tofu with bonito. Open 11:30 a.m. to 8:30 p.m. Tuesday to Sunday.

The team behind the Triple Threat food truck is opening a bricks-and-mortar Boricua restaurant in Little Tokyo. Rumba Kitchen, set to open Aug. 28 in Weller Court, will feature some of owners George and Omayra Dakis’ most popular dishes from their Puerto Rican food truck, including mofongo, as well as new dishes like the whole fried Caribbean red snapper with jicama coleslaw. A new brunch service will offer fried chicken with plantain waffles and a mallorca-bread take on a Monte Cristo sandwich. Rumba Kitchen will be open Thursday to Sunday and remain open until 1 a.m. on Fridays and Saturdays.

Korean restaurant Hodori plans to open a new location in Eagle Rock. Unlike the Koreatown restaurant, the new outpost will not be open 24 hours a day, and it will feature a more pared-down menu of Hodori’s bulgogi, stews, dumplings and stir-frys. The Eagle Rock restaurant is expected to open in September.

Freedman’s restaurant in Silver Lake is extending its Greek-food summer pop-up, Greekman’s — with a menu of souvlaki, salads, hummus, pita and Greek natural wines — through October. In addition to the extension, Greekman’s recently launched to-go family-style meals, bottles of wine and a la carte dishes via Tock.